Each of the sports is distinct but they have related rules and structures. It is believed they may have a common origin, but little is know about the early history of the sports, which date well back into the last millennium. The Italian national federation also participates, but its game, which is the most like Irish bowling, does not constitute a discipline for the European championships.

The games will be officially opened in Cork city on Thursday May 1st, with a parade thought the city centre culminating with an official flag raising ceremony at Cork city hall.

The games proper begin with the German Lofting competition at the Nemo Rangers Complex in Douglas on Friday May 2. Although Ireland will participate in this event against the two German federations, Holland and Italy, the chances of medals are limited. It is anticipated that this will an all-German affair between the FKV of Ostfriesland and Oldenburg and the VSHB federation from Schleswig-Holstein. 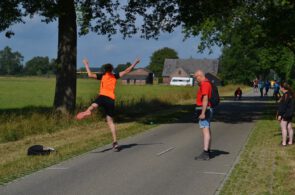